Home » Where I have been » Hungary » Budapest

Last year I decided to spent my vacation in Budapest.

I like spending a few days in the same city because you can really explore all the things you would like.

so I spend 2 – 3 days in every city. This time I spend 6 days in Budapest. And that was  the perfect time.

It’s  celebrated with day-long festivities followed by spectacular fireworks throughout the country.

And the fireworks last for 1 hour.

We took the train from Croatia to Budapest. Return ticket for Budapest is very cheap.

Only thing you should do when travelling to Budapest in august is reservation of seats because it can be very crowded and also in august is Sziget festival , so everybody is going to Hungary.

Train ride is very nice, the railway goes most of the time by Balaton lake – the biggest lake in central Europe.

It will took you around 7 hours from Zagreb.

We had reservation in hotel Csaszar.  http://www.csaszarhotel.hu/

Hotel is nice, price is great and it’s not too far from the centre.

If you have no problem walking it’s about 30-40 minutes by foot.

Or you can go with the bus – the station is 3 minute from the hotel and the tram station around 5 minutes.

We bought  72h ticket for the public transport and with the ticket you can go on the bus, tram, metro , city rail and night bus.  There is also a 24 h ticket or regular tickets.  http://www.bkk.hu/en/prices/

We came in Budapest at 5 PM , we took the metro and the bus to get to hotel, got settled and went for a walk to Obuda – oldest part of the Budapest.

There is „Fő tér“ – the main square,  Baroque buildings, City Hall and lot of statues. 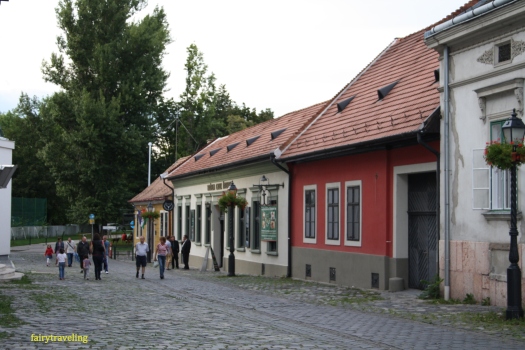